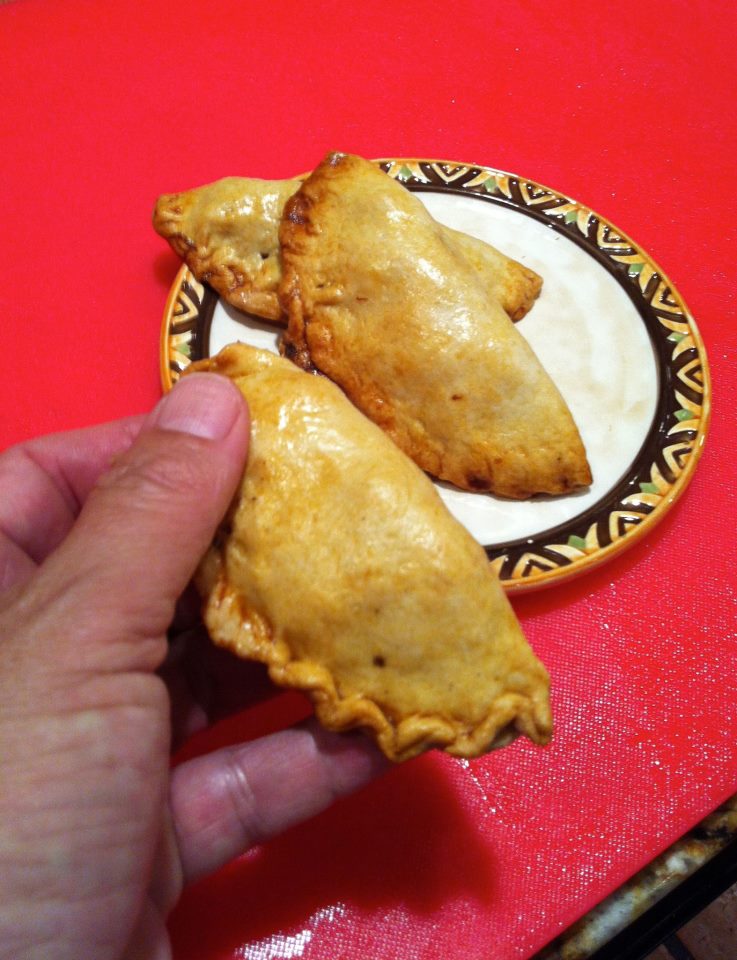 Houston—   The little-known ‘turcos’ is a sweet pork pastry filled with pecans and raisins.  “It’s perfect for this holiday season,” says Houston food writer and cookbook author, Adán Medrano, who will discus the recipe for turcos, and other holiday treats, at a book signing event on Saturday, November 22nd at 2 pm at the River Oaks Barnes & Noble Bookstore.

The book is “Truly Texas Mexican: A Native Culinary Heritage In Recipes” and features 100 kitchen-tested recipes that represent the culinary history of the indigenous people of Texas.  According to the book, the cuisine has a 10,000-year history.  Over thousands of years, Native Americans in what is now Texas passed down their ways of roasting, boiling, steaming, salting, drying, grinding, and blending. From one generation to another, these ancestors of Texas’s Latino, Mexican American community lent their culinary skills to combining native and foreign ingredients into the flavor profile of indigenous Texas Mexican cooking today.

Building on what he learned from his own family, Adán Medrano captures this distinctive flavor profile in 100 kitchen-tested recipes, each with step-by-step instructions. Equally as careful with history, he details how hundreds of indigenous tribes in Texas gathered and hunted food, planted gardens, and cooked.

Medrano says that “Tex-Mex” is not the subject of his book nor his 100 recipes. According to his book, which is part of a scholarly  series published by Texas Tech University Press, “Tex-Mex” is a restaurant format that began in San Antonio in 1900 and is a variation of Texas Mexican cuisine which has much older historical roots in the state. The differences are detailed in “Truly Texas Mexican,” which is a combination of history and cookbook.  Unlike the well-known comments of Diana Kennedy, who in the 1970’s disparaged Tex-Mex food, Medrano says that his intention is simply to shed light on delicious Texas Mexican dishes.  “Making a distinction does not in any way disparage one or the other” he says.

Medrano will sign books and discuss new culinary perspective dishes that are well known to Houstonians such as “buñuelos.” He will share the secrets of making “turcos,” and also reveal that his cinnamon cookies, “hojarascas,” are baked with palm oil shortening, not lard.  The informal discussion by the author will shed light on the mouth-watering interconnectedness of culture and cuisine.

The book signings and informal discussion will take place on:
November 22, 2014, 2:00 PM
Barnes & Noble River Oaks
2030 W Gray St,
Houston, TX 77019
REVIEWS:
It’s a thought-provoking volume that is a necessary addition to the culinary library of any serious student of the foodways of the Americas.
— Virginia Wood, The Austin Chronicle

“Medrano’s tome is well-researched and well-illustrated with maps and appetite-stirring photographs of dishes like grilled clams in tequila broth; watermelon canapés with avocado, serrano, and grapes; and a red jalapeño champagne cocktail…he reclaims native foods (squash, corn, cactus) and dispenses of the <Tex-Mex> processed glop that has come to weigh down our combo platters. Truly Texas Mexican shows us the diversity and joy of Lone Star possibilities through our history and our palates. It is truly a delight.”
— Cowboys And Indians Magazine

“Adán Medrano speaks from his roots and shares his passion for food, providing an insightful perspective on an often mischaracterized Texas Mexican cuisine.”
―Alain Dubernard, CMB, The Culinary Institute of America, San Antonio

“In the deepest part of our soul we are celebrating food and hospitality. These recipes share not only where our culinary traditions come from, but the resiliency of our ancestors and the healing power of food.”
―Johnny Hernandez, chef/owner of La Gloria Street Foods of Mexico, The Frutería-Botanero, and El Machito

“Texas Mexican food begins centuries before the first Europeans set foot in the United States, with the simmering beans and roast wild chiles of the tribes that first inhabited the Lone Star State, and continues into the homes of families across the Southwest today—including his own.”
–Garden & Gun Magazine

“Adán Medrano is putting the spotlight on a style of food that often has been overlooked. Once you explore this remarkable Texas Mexican cuisine you will discover a richness that will be cherished for generations to come.”
—Diana Barrios Trevino, owner of Los Barrios Enterprises

“Tex-Mex has had its story told in the works of writers such as Robb Walsh. Now it is time for the Texas Mexicans to have their foods and their heritage acknowledged, which is what Medrano’s book provides.”
— John Griffin, SavorSA

“Within the last ten years, people have started recognizing the cuisine (Tex-Mex) as an original American regional food. While this has been a worthy change, people have not really traced the roots of the cuisine, particularly to the distinctive indigenous groups of the region, which is what Adán does.”
— Jeffrey Pilcher, PhD, Professor, Food History, University of Toronto Scarborough

About Chef Adán Medrano
Chef and food writer Adán Medrano is a graduate of The Culinary Institute of America and holds an M.A. degree from the University of Texas, Austin. Now living in Houston, he grew up in San Antonio, Texas, and Coahuila, Mexico, where he developed his expertise in the flavor profile and techniques of indigenous Texas Mexican food.  A former commissioner on the Texas Commission for the Arts, Medrano’s professional experience is far-reaching and includes fine dining venues such as “Restaurant Ten Bogaerde” in Koksijde, Belgium, cooking demonstrations in Amsterdam and showcasing his recipes at “Nao,” the CIA restaurant in San Antonio.  His book has been featured at the Texas Book Festival, the San Antonio Book Festival and at the American Book Center in Amsterdam.